Muluridji Pastoral House has been victorious two years in a row at the College Swimming Carnival which was held last Friday. Team spirit was on display with dance battles and loud cheering for the competitors.  The talent was outstanding this year with many records being broken. Special mention must go to Alaina Smith, Nadia Falvo and Jake Priestly who each broke three out of four records in their respective age groups with Nadia and Jake reaching qualifying times for Peninsula Trials.

The Pastoral House Captains are to be commended for organising house themes with many students going all-out to demonstrate their pride in their house. Deacon House showed their true spirit once again winning the House Spirit Award with their remarkable dancing skills.

Sport and Activities Leader, Miss Deanne Morrow said the carnival was a huge success. “Records were broken and races were won, but it was the “give it your all” attitude shown by nearly every competitor that fostered such a wonderful atmosphere at the event,” she said.

“I congratulate our new record holders, age champions and the battlers who all gave 100%.”

The ‘Age Champions’ were tightly contested affairs, with two age groups having swimmers tied on points. Congratulations to the winners. 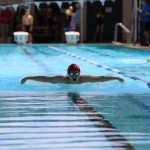 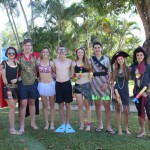 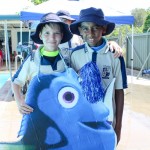 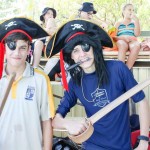 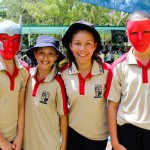 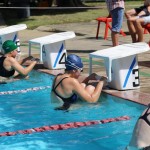